The "Holey Tour" is an educational field trip originally developed by pioneering planetary geologist Ron Greeley during the late 80s to educate fledgling planetary scientists, and which became a yearly field trip at Arizona State University until his passing in 2011. The tour was designed to show off major surface processes observed to build and modify planetary surfaces, taking advantage of the diverse and densely-packed geological wonders of central and northern Arizona. Its name comes from the emphasis on recognizing the differences between various holes created by explosive volcanism and impact cratering. I participated on a shortened, one-day version of the field trip at the GSA Rocky Mountain/Cordilleran Joint Section meeting in May 2018. This trip was organized by Nadine Barlow, with Chris Edwards, Mark Salvatore, and Jean-Francois Smekens joining in to lead various parts of the tour. Despite the trip's shortened length, it was still an action-packed and exhausting day!

This field trip covers three (and a half) separate field sites, so this field trip has been broken up into three separate parts for easier navigation. 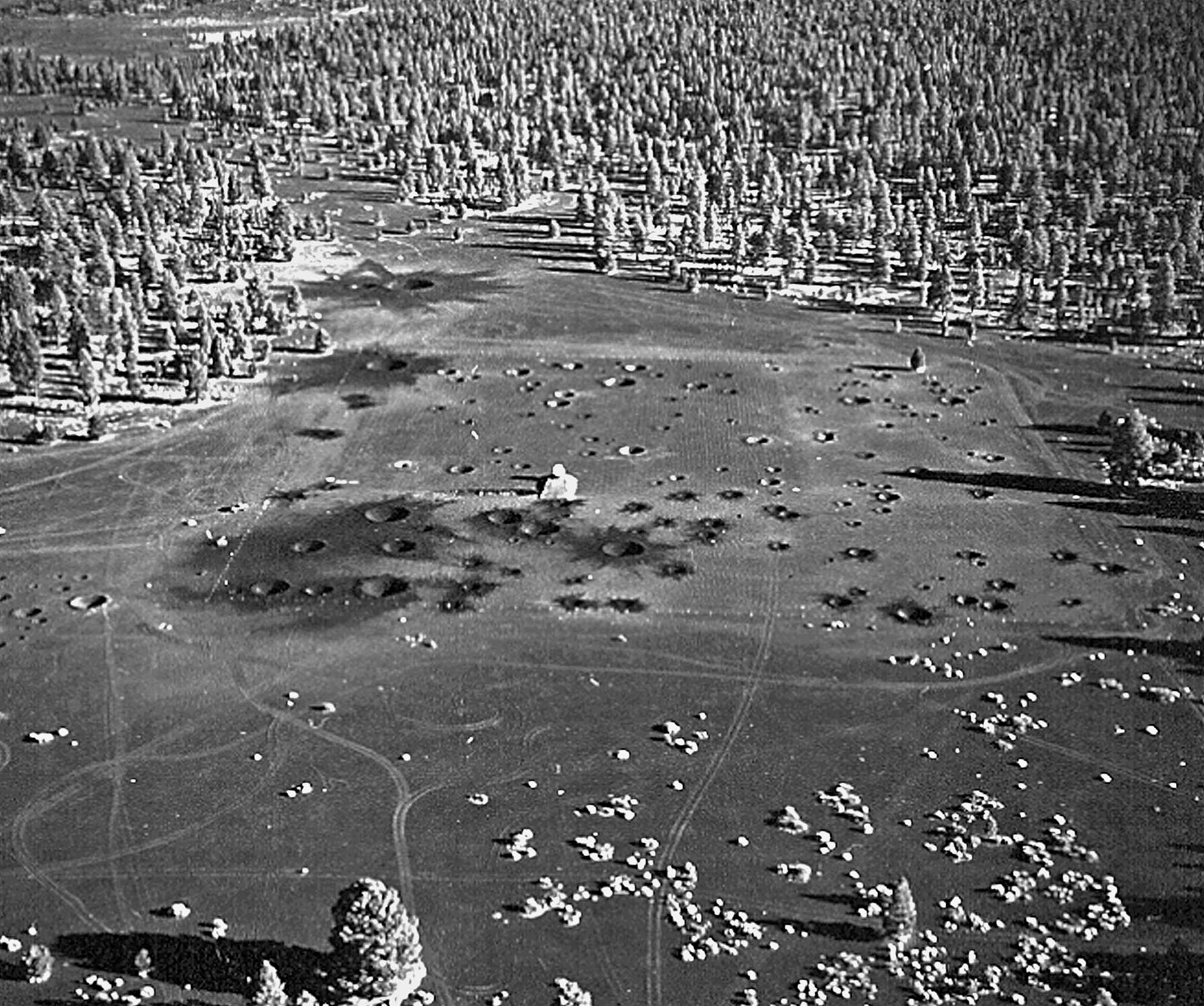 In the summer of 1967, the US Geological Survey (USGS) began work to construct (or perhaps 'destruct') a training field for astronauts. The field would contain a series of artificial craters arranged to closely match orbital photos taken by Lunar Orbiter of the Apollo 11 prime landing zone in Mare Tranquilitatis. This field would be used to train astronauts in connecting aerial imagery to their surface environment, which would help them pinpoint their landing site on maps. (Apollo 11 ultimately landed at a location approximately 5 km (3 mi) southwest of the location modeled by the training fields.) For later missions, where landing accuracy improved and rovers allowed for long-distance travels, these sessions would allow astronauts to navigate to pre-determined locations where geologists were most interested in collecting samples.

Cinder Lake, a sparsely-vegetated region northeast of Flagstaff, was chosen as the home for the crater fields. The barrens are a relict of the nearby Sunset Crater eruption, which dropped dozens of meters of gravelly cinder on a shallow depression. These cinders are interspersed with thin layers of ash and clay that infilled the depression during quieter periods of the eruption. The porous cinders drained runoff well out of the reach of vegetation, meaning Mother Nature has been slow to reclaim the barrens in the thousand years since the Sunset Crater eruption.

The nearly shovel-ready quality of the landscape and its proximity to other astronaut training sites in Northern Arizona were appealing, but the size and behavior of the cinders was the primary factor in the choice to use Cinder Lake. The fine gravel was believed to be a close analog to lunar regolith in terms of its mechanical behavior. This meant that not only would astronauts get practice at lunar navigation, but their equipment would be tested on the closest thing possible to a lunar surface.

USGS staff relied on the expertise of its explosives engineering team to build the field. These experts measured the size and depths of craters visible in the Lunar Orbiter imagery, then calculated the explosive size and burial depth needed to replicate a crater with those dimensions. These explosives were then set in the Cinder Lake field, and then detonated in three steps to reproduce the general sequence in which the impacts formed. The first field was excavated between June 28-31, 1967, containing 47 craters spread over an area of 500 sq ft (~46 sq m). Between October 8-12, the team returned to expand the field to its final size of 800 sq feet (~74 sq m), adding an additional 96 craters in the process. Aerial photos showed they did a pretty good job! 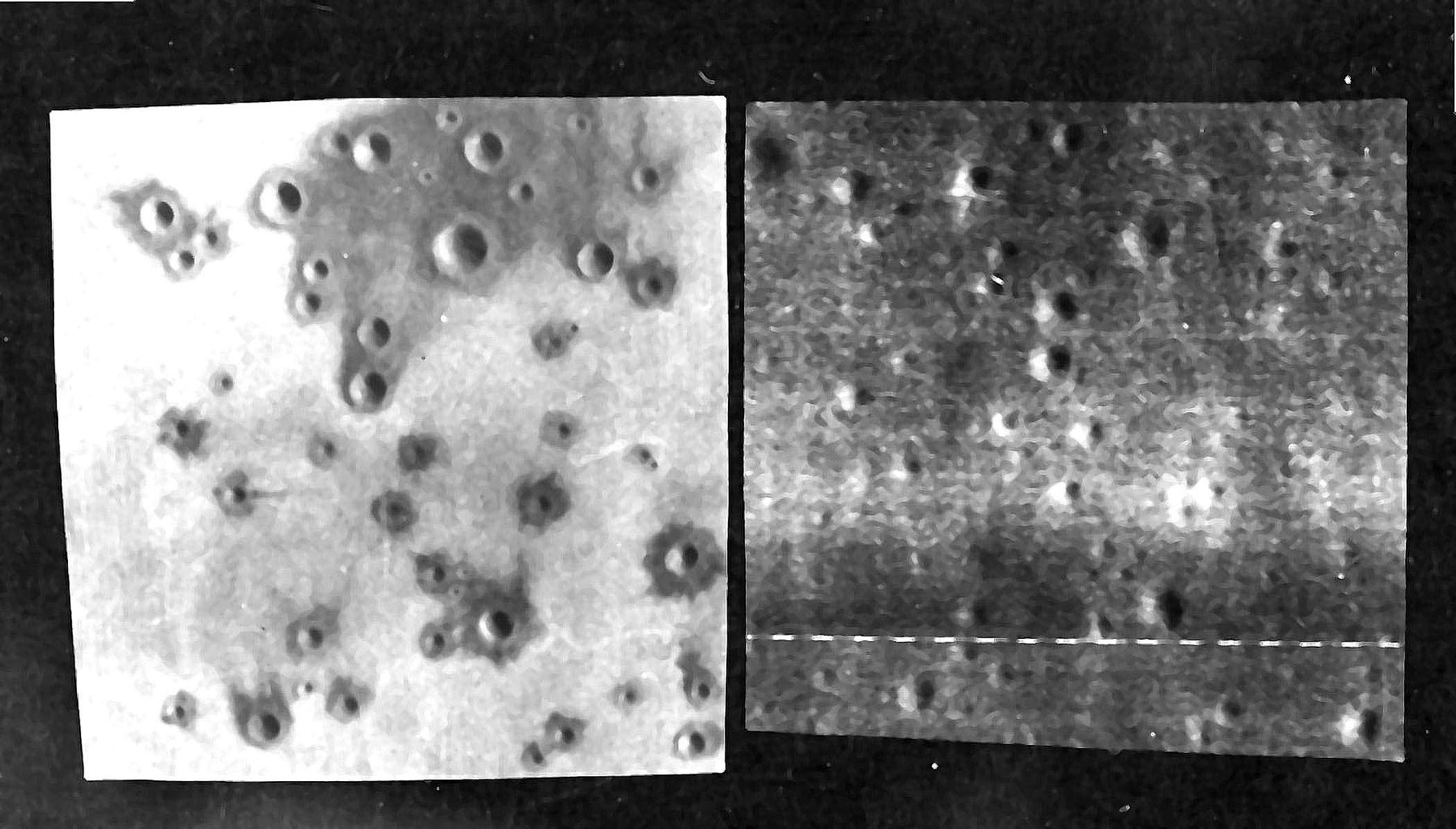 After blasting was completed, geologists came in to map out the different materials covering the surface. These maps essentially provided an "answer key" for astronauts when they were tasked with studying field relationships between the craters. 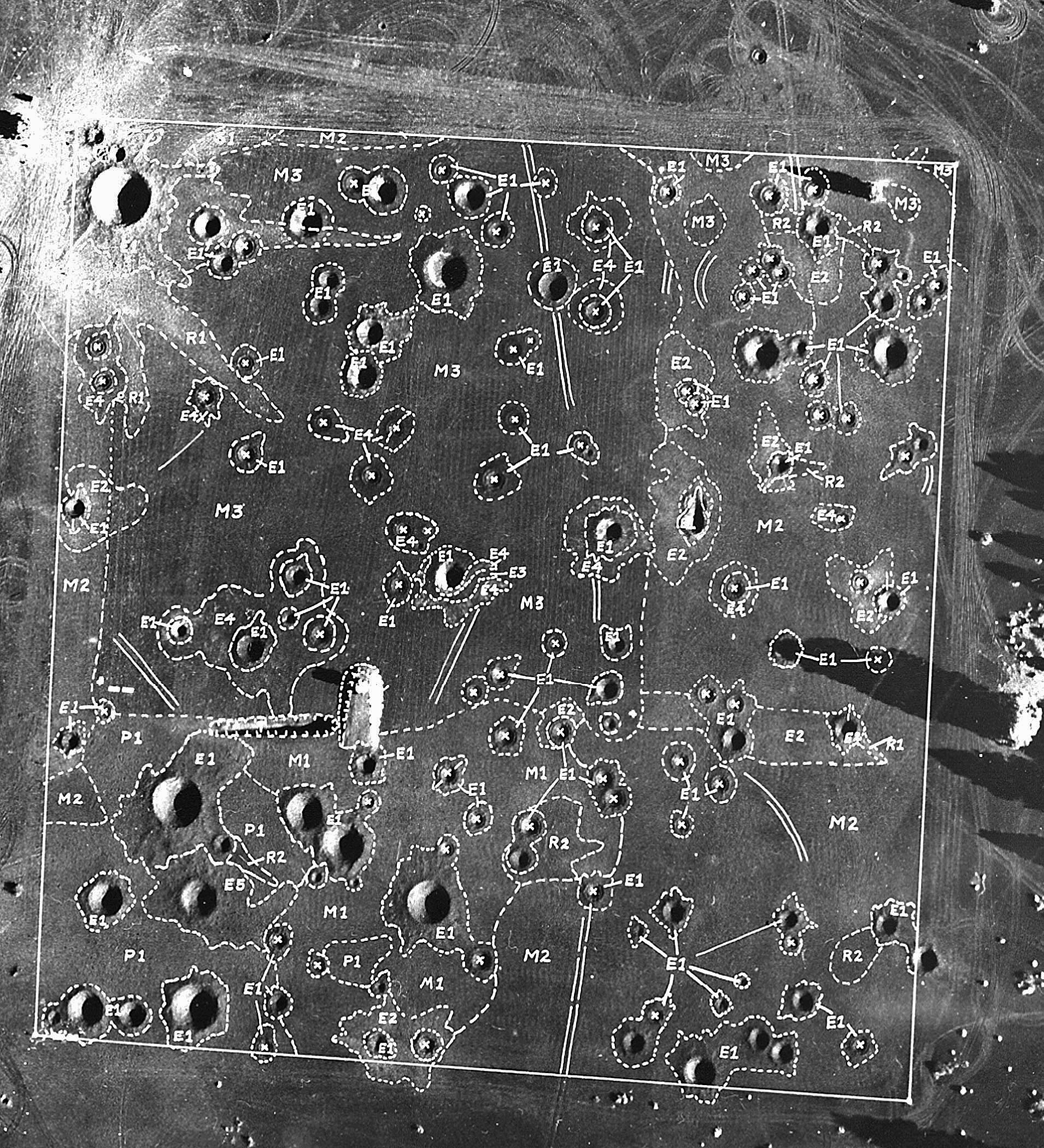 The field was heavily used by the USGS Astrogeology program and NASA's astronaut corps right up until the end of the Apollo missions in 1972. Not only did the field site prove useful for fledgling astrogeologists, it proved to be a great proving grounds for different rover concepts. Here's Apollo 17 astronaut Jack Schmitt testing out a couple of experimental rovers (built by Grumman and Bendix, respectively) at the crater field in September 1969. 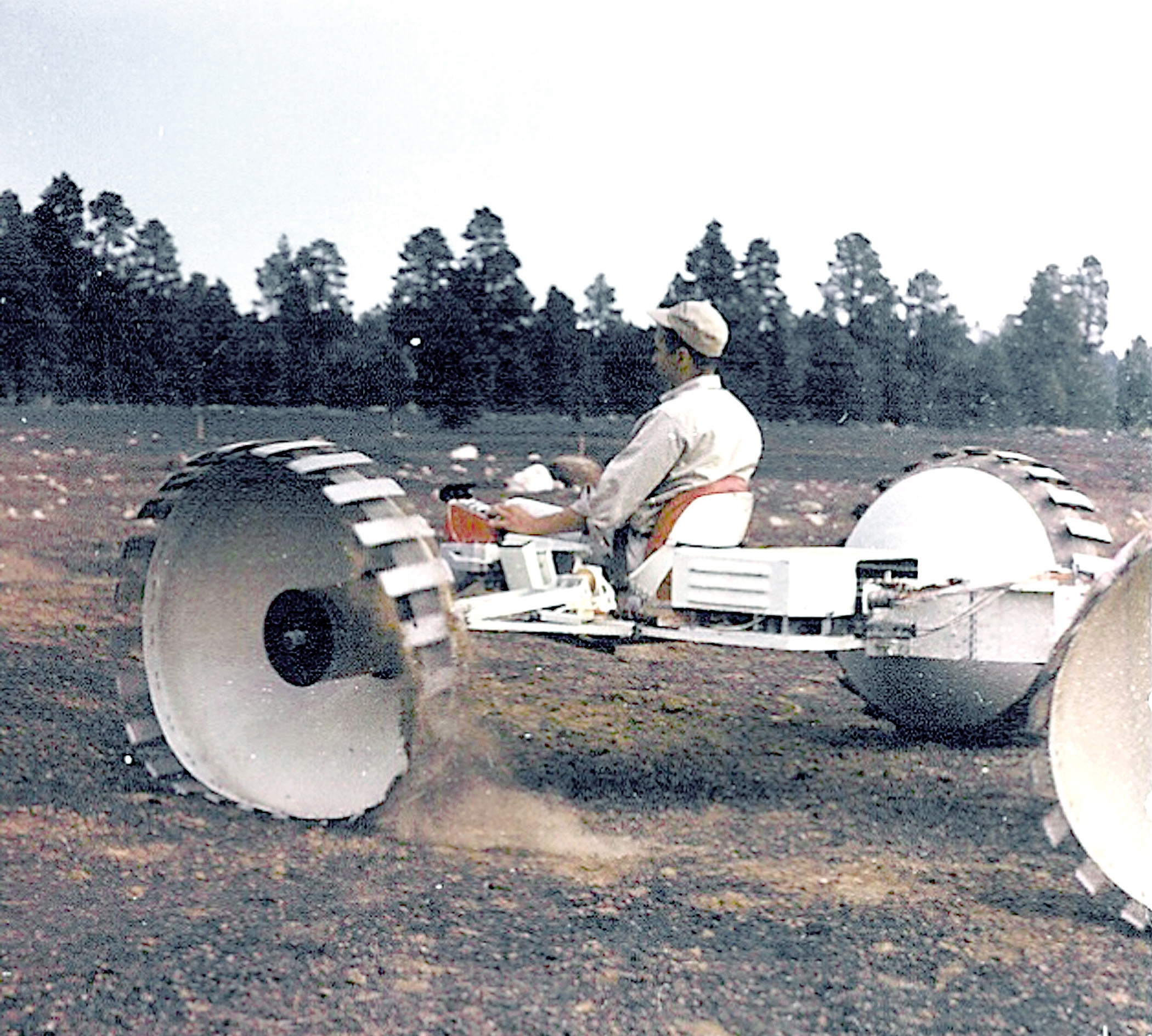 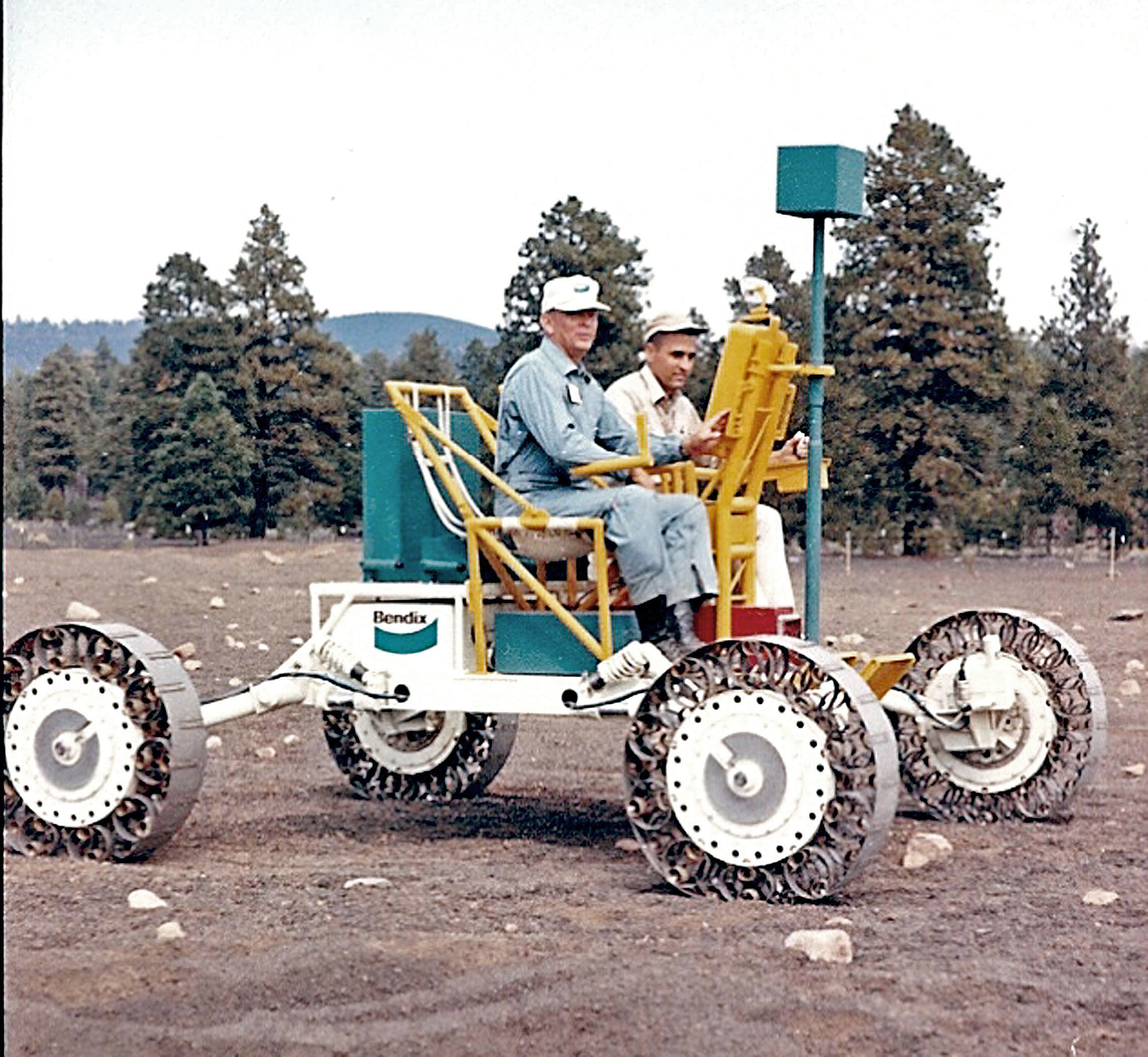 The site was largely abandoned after Apollo, and today serves as playground for offroaders. A second, larger crater field to the north has largely been heavily damaged by offroading activities, but the original crater field has been fenced off and is open only to foot traffic. For non-offroaders, accessing the site is a small challenge: it is located nearly a mile from the nearest firm gravel road. Unsure of our vans' ability to handle the softer gravel of the barrens, we hoofed it. 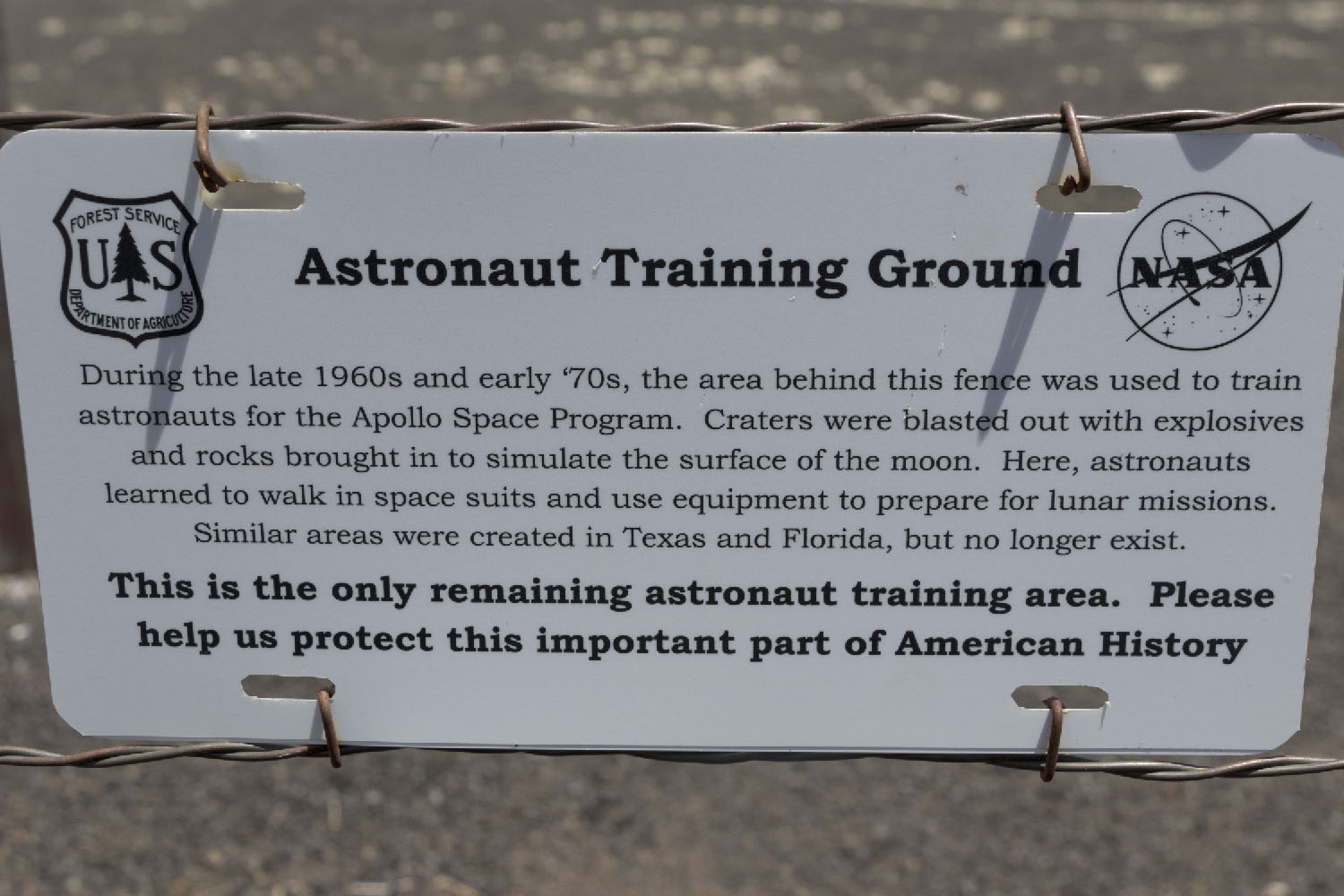 Despite the relative remoteness, fifty years of erosion and tourism have not been kind to the craters, and clay blasted out of the craters now serves as a water trap for plants to colonize. Although it is not quite the lunar landscape it once was, it was still fun to walk around on the crater field and pretend that I was an astronaut-in-training! 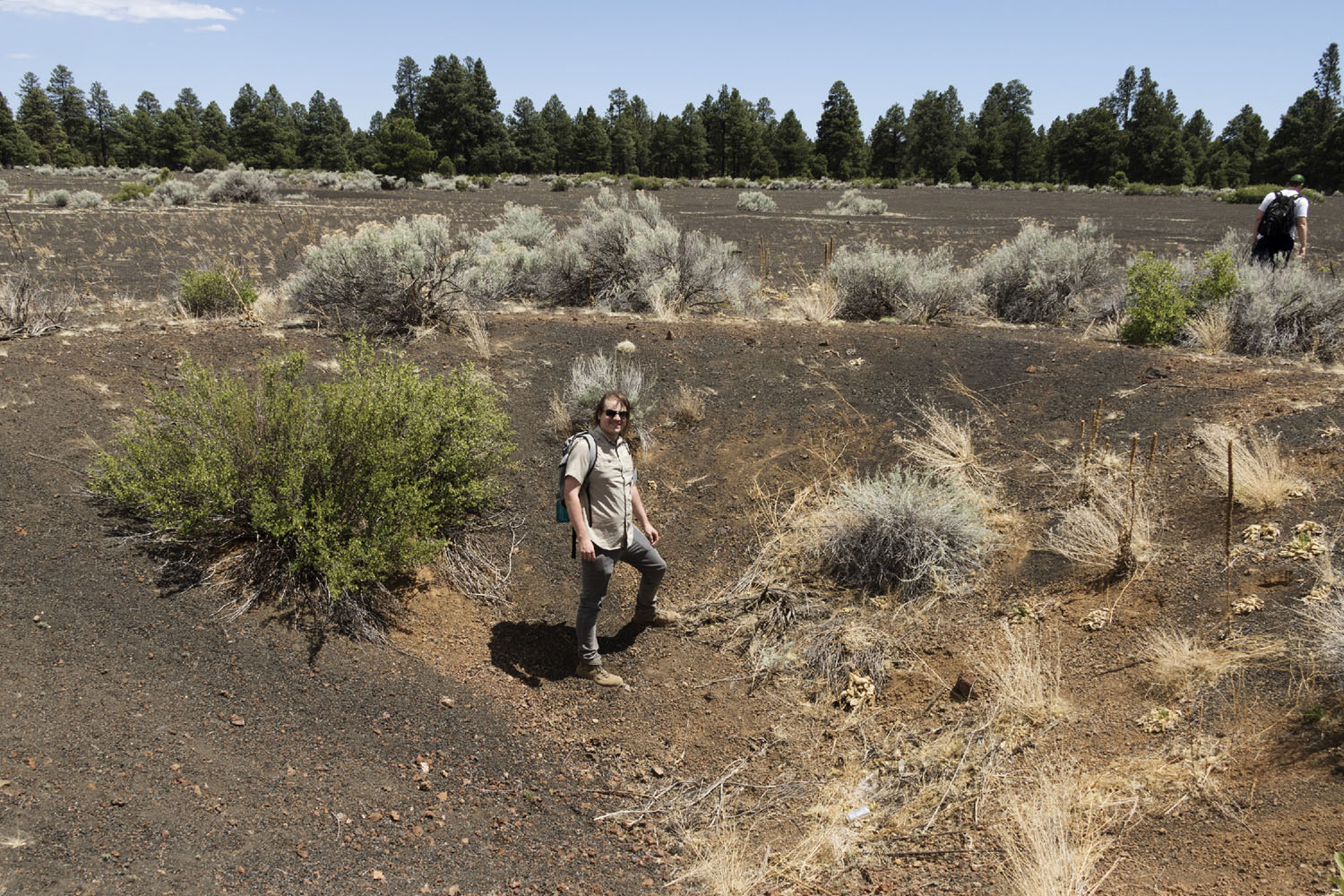 While many of the smaller craters are now difficult to see, the larger craters are still extremely impressive! The orange dirt found at the bottom of this crater is the soil underlying the topmost layer of cinders. This bright marker bed was a test question for astronauts - how deep was it buried below the surface? 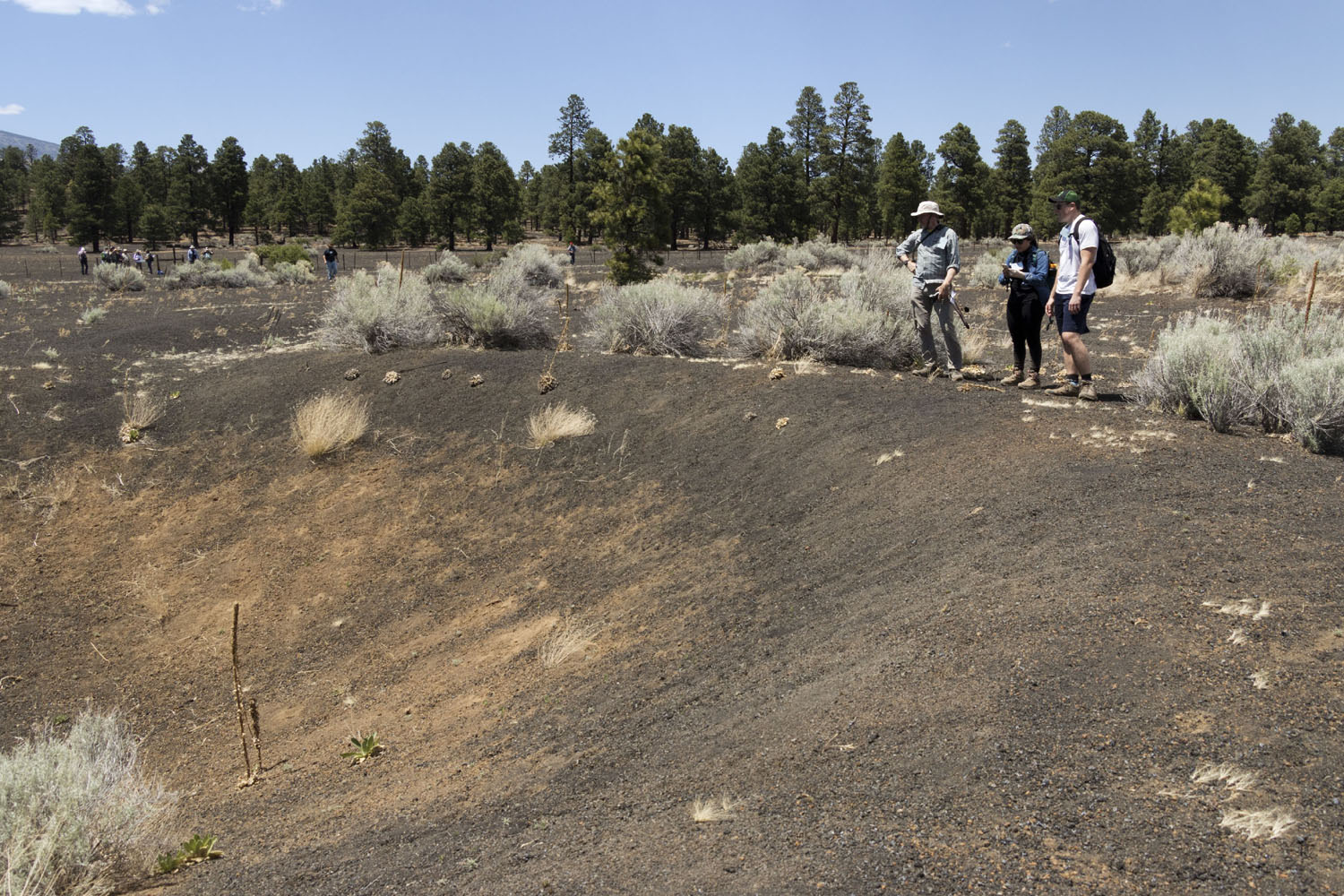 This question was solved by looking around at other craters. Small craters did not expose the soil: 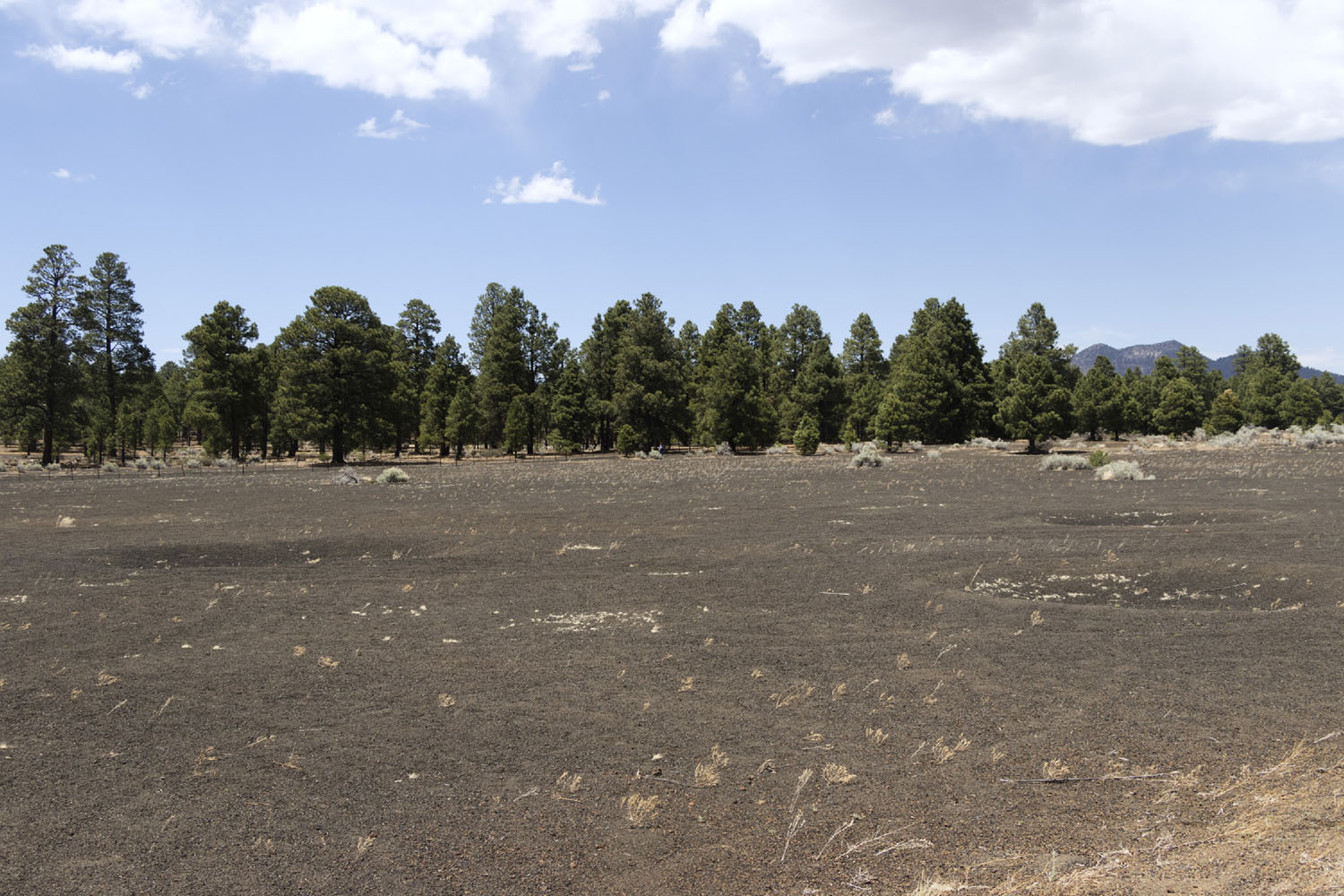 By finding the shallowest crater that exposed the orange dirt, astronauts could measure its depth and come to a conclusion: roughly 1 m below the surface.

Unfortunately the quick pace of the trip prevented us from doing the same in-detail geological training that the astronauts were subjected to! After about 30 minutes of exploring the site on foot, we returned to the cars to head for our final stop of the day.

Continue to the next stop